An introduction to the History of Arya Samaj

Arya Samaj is a Hindu reformation organization that follows the principles and processes of Hindu Vedas.

He was a renouncer who believed in the infallible authority of the Vedas. The purpose was to move the Hindu Dharma away from all the fictitious beliefs and go back to the teachings of Vedas. Arya Samaj rejects all forms of superstition such as idolatry, ancestor worship, pilgrimage and animal sacrifice. It is also against social oppression such as the caste system, untouchability and child labor.

It strives for women empowerment as well as the equality of every human being. Besides, it works for many social causes such as poverty eradication, protects and help the weak, reduce animal cruelty as well as vegetarianism, eradicate the use of intoxicants and recreational drugs, promotes healthcare and welfare of human beings.

The basis of the code of conduct of Arya Samaj is Vedic knowledge. Swami Dayanand Saraswati sternly emphasized Vedic dharma. Dayananda advocated the doctrine of karma and reincarnation and emphasized the ideals of brahmacharya (chastity) and sannyasa (renunciation).

Swami Dayananda Saraswati (born Mulshankar), is the founder of the Arya Samaj, was one of the makers of modern India was born in 1824. He was born in a small town of Tankara, Kathiawar of Gujarat in a Brahmin family to Karshanji Lalji Kapadi, and Amrutbai.

He renounced the worldly life and moved from one part of India to another in the pursuit of knowledge and truth nearly twenty-five years, from 1845 to 1869.

Swami Dayanand Saraswati worked with the motive to bring a new social, religious, economic and political order in India. He believed that the only way for the betterment of society was to follow the founding principles of the Vedas.

Through his daily life and practice of yoga and asanas, teachings, preaching, sermons, and writings. He inspired the moment of Swarajya (self-governance) and advocated equal rights and respects to women. He even emphasized the right for the education of all children, regardless of gender.

What are the beliefs of Arya Samaj?

As mentioned earlier, Arya Samaj views Vedas as the ultimate guide. All the processes and rituals follow the Vedic methods.

The Arya Samaj believes in one god and worship methods mentioned in the ancient Vedas. It is more than just a religious organization and strives to impose the laws of Vedas in society, making it just and bias-free.

Arya Samaj considers the Vedas as an infallible authority. They believe one god which is referred to as Aum mentioned in Yajurveda. Arya Samaj believes in the equality of every human being and empowerment of women.

Dayanand Saraswati and the activists of Arya Samaj believed in a world where everyone is equal.  The Arya Samaj condemns superstitions and the caste system. The rules of society must be just and should not discriminate people based on their status.

Arya Samaj believes in a society where everyone is equal. It is against animal sacrifice, child marriage, untouchability, casteism according to birth instead of merit, etc.

Arya Samaj has no provision for shradh. The last rites according to Arya Samaj Nashik are different than basic Hindu last rites. They are based on Vedas.

According to Arya Samaj beliefs, the Gayatri mantra is a divine slogan. And therefore, the Arya Samaj members recite Gayatri Mantra at mostly all puja and Havans.

They also believe in vegetarianism, and the consumption of beef is strictly prohibited. Cows are considered holy and a symbol of godliness.

The Arya Samaj Nashik upholds the doctrines of karma and process of 16 Sanskars.

Arya Samaj believes just in the Vedas and the traditions depicted in other scriptures like the Ramayana and Mahabharata are not followed. The Arya Samaj also rejects other scriptural works such as the Bible and the Quran.

According to the Arya Samaj, the words of Vedas are considered as the eternal word of God.

For equality and welfare of widow, they encourage widow remarriage and equal rights to education for both boys and girls. To support girl education, special schools and colleges they opened different educational institutes and schools.

The Arya Samaj helped to establish Dayanand Anglo-Vedic (D.A.V.) schools & colleges in North India to impart education. The first D.A.V. college was in Lahore in 1886. These educational institutions combine the scientific approach as well as the spiritual philosophy of the Vedas.

The Dharma(duties) of a  member of Arya Samaj includes adopting Vedic rituals instead of traditional Hindu rituals based on scriptures other than the Vedas. They should promote Vedic knowledge and work towards common welfare of the society, by fighting against the superstitions and other ill practices.

The society of Arya Samaj Nashik offers various services, and you can book a pandit.

You can book a pandit for any of the below-mentioned services. If the service you are looking for is not mentioned, you can still get in touch with us. The Arya Samaj Nashik society strives to provide excellent services at a very low price.

Arya Samaj emphasis the importance of Havan. The offerings made to fire in the form of Havan and the chanting of the pious mantras from Vedas is both calming and soothing.

According to Arya Samaj, Havan is one of the easiest ways to offer your prayers. Havan is spiritually fruitful, it is also good for the calming of mind and atmosphere.

Therefore, Havan has both – spiritual as well as scientific advantages. You can book a pandit for Havan in Nashik. The Arya Samaj Nashik can help you perform Havan at home, offices or business places.

You can book an Arya Samaj Panditji for different religious puja and rituals in Nashik.

For pujas, Havanas, Naam jaaps, and other religious ceremonies, you can book an Arya Samaj Panditji. Arya Samaj Temple Nashik offers various services for registering and conducting different pujas according to your requirements.

Besides, you can book a Pandit from Arya Samaj Temple Nashik, for any kind of puja you want. If the service you are looking for is not mentioned on this page, you can still send an inquiry.

Besides Vedic havans and Arya Samaj marriages in Nashik. You can also book a pandit for one of the any 16 Sanaksars. The services by Arya Samaj Temple Nashik include the rituals of solah Sanskar or the 16 Sanskars.

You can book pandit for any of the 16 Sanskars:

Panditji for other services related to Arya Samaj Mandir Nashik

Havans are one of the easiest ways to offer your prayers to the Gods. There are so many advantages of havan. It has a soothing and calming effect on the environment. The smoke from the havan purifies the atmosphere and the mind and body of the performer. It is undoubtedly one of the best ways and traditional to worship the almighty

You can book a pandit for Havan in Nashik by contacting Arya Samaj Nashik Services.

The 10 Principles of Arya Samaj, followed by Arya Samaj Nashik

The following are the 10 basic principles of Arya Samaj. Every Arya Samaji must follow & practice these principles. They govern Arya Samaj and its practices.

Arya Samaj emphasizes Vedas as literary inspiration. Therefore, all the books related to Arya Samaj are in one way or the other based on the Vedas. First of all, comes the four Vedas, the source of the principle beliefs and methods of Arya Samaj.

This is the Vedic book of melodies, chantings, and mantras. Samveda is the “Book of Song,” or the “Veda of Chants”. Sama Veda was for the priests who performed the rituals of the soma ceremonies. Rig Veda and Samveda are connected and about  75 verses in Samveda are from the Rigveda.

Yajurveda basically depicts how different rituals should be performed.  The name is derived from the Sanskrit word, yajus, meaning “worship” or “sacrifice”. Yajurveda is also based mostly on the Rig Veda. It is a ritual based book, that includes the methods both – of worshiping god and of sacrificial rituals.

The Rigveda is the text of the Vedic Sanskrit hymns. It was written in 1700–1100 BCE, making it one of the oldest Hindu texts. It is also one of the world’s oldest religious texts.

Atharvaveda deals with medicines for various diseases. It also includes hymns to the gods, asking them for help and benefits like health, wealth and long life.

Below mentioned are a few of the best books to attain Vedic knowledge as well as understand Arya Samaj better.

Swami Dayanand Saraswati, the founder of Arya Samaj wrote the book Satyartha Prakash. In English, it means ‘The light of Truth’. It is one of the most popular books of Arya Samaj and is often considered as one of the best works by Maharshi Dayanand.

Full name of this book written by Lala Lajpat Rai, a disciple of Maharshi Dayanand Saraswati is ‘The Arya Samaj: an account of its origin, doctrines, and activities, with a biographical sketch of the founder’.

Take me to the book store 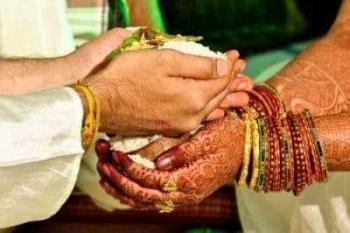 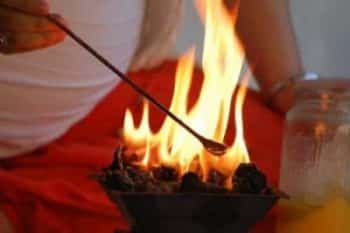 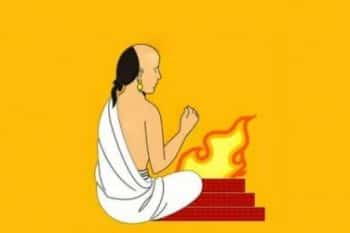