Pandit for Last Rites in Chandigarh

We Provide Panditji for Antim sanskar, Hindu funeral, Last rites and Death rituals 4 days and 13 days puja. Please call our helpline OR You can also Book a Pandit for Last Rites in Chandigarh with filling “Booking Form“.

Antyesti Sanskar (Last Rites) is the last sanskar of a human being as suggested in the Hindu religion. After this, there is no sanskar or ritual left for any human being. A dead body needs to be disposed of in all religions. Arya Samaj does so by burning the dead body on a wood pyre by offering a good quantity of Ghee and Havan Samgri. The process is performed like a Yagya along with chanting of selected Ved Mantras for this Antyesti Sanskar.

Arya Samaj believes that every dead body of a human being should be destroyed by burning in this way because all other methods of disposal, like burial in the ground or disposal in a river, cause pollution and contamination to the environment. In the process of burning when the ghee and Samgri is burnt in good quantity, it takes care of the bad smell and also of other ill effects. Even without ghee and samgri, the better option is always burning a dead body.

The house of the deceased should be purified by performing Yagya in the house. It is right to collect the leftover bone that remains from the place of burning but it is futile to travel to rivers to dispose of the same. It pollutes the rivers only.
Various post-death rituals like dashgatra, vaitarni crossing, and the donations involved with these to the so-called religious priests are meaningless as per Arya Samaj. Arya Samaj strongly believes that once a person dies, no one on earth can reach him by doing whatsoever rituals.

Even the Antyesti Sanskar, which is performed with Ved Mantras is a way of prayer to Ishvar by the people attending the Antyeshti to bless the relived soul by giving it the Moksha; or to grant the soul next birth in better body and conditions. The family members of the deceased should follow the good deeds of the deceased and further his good intentions and ambitions.

Movement of the soul after death

One nature of the soul is to enjoy. He needs pleasure. Enjoyment can be found in two places, first with God who is the storehouse of bliss, and second is with nature. It is determined on the deeds of the births of the soul’s previous birth and the justice system is that of God. When the soul goes to God to attain bliss, it is called Moksha, the time of which is eternal, but when the soul comes back to nature to attain bliss, then it has to obtain a special means i.e. vagina. Even near nature, the soul has to come in two forms, first and real. Sthawar means standing in a place like a tree etc. and movable that can move like humans, animals, etc.

How many days does it take for the soul to get a new body?

This question is highly prevalent but not true because no one knows whether the soul will get the body again. God is going to know and create all three things. Just like death is predetermined, similarly, life after death is predetermined. That is why in the answer to this question inside the Vedas, the sage says that after death the soul does not take any time to get a new body.

When a loved one dies, the family should first bathe the dead body with pure water. If it is not possible to take a bath, then wash the entire body with lukewarm water with a cotton cloth. After bathing or purifying, Lay the dead body of a mat laying on the ground on that mat, make sure that the head of the dead body is in the north and feet in the south direction.

Take 250 grams of sandalwood powder and make a paste. Apply to paste well on the deceased’s entire body. all over the body and then decorate it with beautiful clothes. After completing the process of Ganga water basil in the mouth and bring it to the death Saiya. Even here, the head of the dead body is in the north and the legs are in the south direction. Tie the dead body well with ropes so that there is no problem during the journey. After trying it, all the family members and other people present, take flowers and garlands in their hands, and offer a wreath on the dead body praying for peace and salvation of the divine soul from God the Father. Reciting the Gayatri mantra starts the last journey.

Follow the instructions of Pandit ji and duly complete the funeral procession with ghee and ingredients through Vedic mantras.

After the final method process, before the sunset on the same day, put a photo of a dead person in the house, whose face is on the south side, put a white cloth on a table, and put a big lamp in it with ghee and light the lamp. This lamp will be ignited for four days regularly.

Along with this, on the second day, on the third day and on the fourth day, along with the process of Yajna, according to the instructions of Panditji, you will be completed here, about which Panditji will keep informing you regularly.

On the day the process of Mukhagni will be done, you will have to make arrangements for the following materials.:

Bamboo, a small pot of mud laying on it, A big clay pot and a small pot, dry cow dung, shroud cloth and rope for tying saiyya, etc. will be taken separately from the shop.

Note-
Those who perform the liturgical process will have to wear white dhoti and baniyaan or white kurta and pajamas.

Apart from this, there will be worship at home for 3 days for which the following material will have to be arranged the Agni sanskar next day-

In the third day worship, two to three materials will be used separately, about which Panditji will tell you.

Other important procedure after death

By the way, many procedures or customs related to the funeral are prevalent in society. But it is a matter of thinking how much all these have to do with the religious scriptures. In this regard, from whom you will take information, whether it is a priest or an elderly member of your family. Everyone will give you an example of their own tradition and customs. But it is very difficult to find out what is the truth. Here we have tried to answer some important questions related to the funeral, which will surely help you in getting you closer to the truth.

Who can do the process of Mukhagni?

Both men and women have been given equal rights in the Vedas, that is, on the basis of the Vedas, the liturgical process can be done by the family members, sons, and daughters, parents, siblings, etc. of the deceased. If no one has a family member, then anyone can do this best work.

In which direction should the dead body be during the process of Mukhagni?

What is the process of preparing food at home after the Agni Sanskar?

According to the Vedic tradition, after Agni Sankar rituals, you can make normal food at home.

Mundan karma is necessary and how many days?

No such arrangement has been provided in the Vedas.

Does the soul get a ghost or a phantom through accidental death?

No, there is no mention of any such system within the Vedas. It is a superstition spread in people.

Book a pandit for Last rites in Chandigarh

You will get a qualified, reliable Pandit at your doorstep at Best Price in Chandigarh. With our services, you can also specify if you want to Book Online Pandit for Last Rites Hindu Antim Sanskar vidhi or first death anniversary rituals in Chandigarh Click the “Book a pandit“, Call us or send us an email to book experienced pandits in Chandigarh for Pandit Ji for Antim vidhi Hindu funeral rites and Death rituals services 4 days and 13 days in Chandigarh. 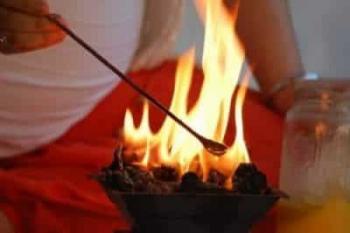 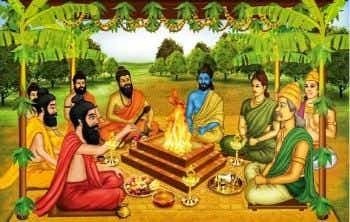 Pandit for Puja in Chandigarh 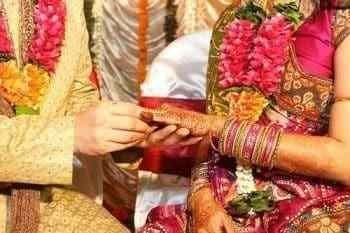 Pandit for Marriage in Chandigarh